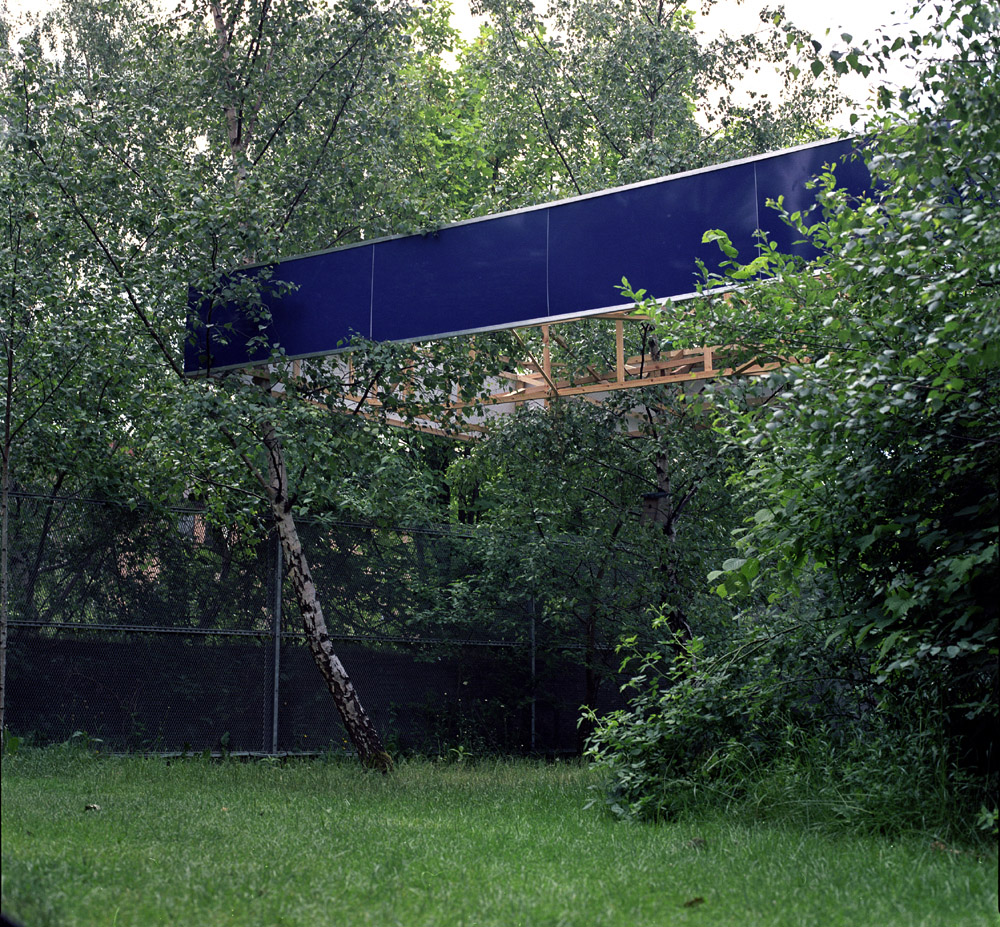 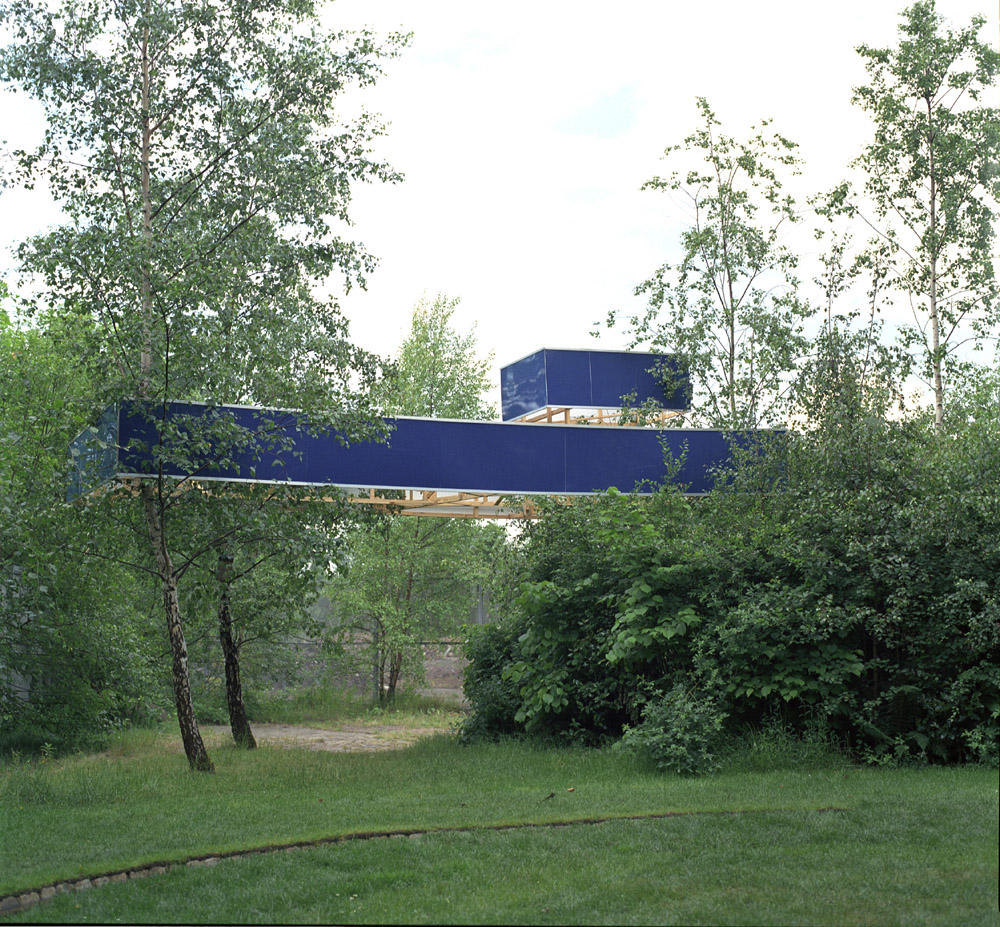 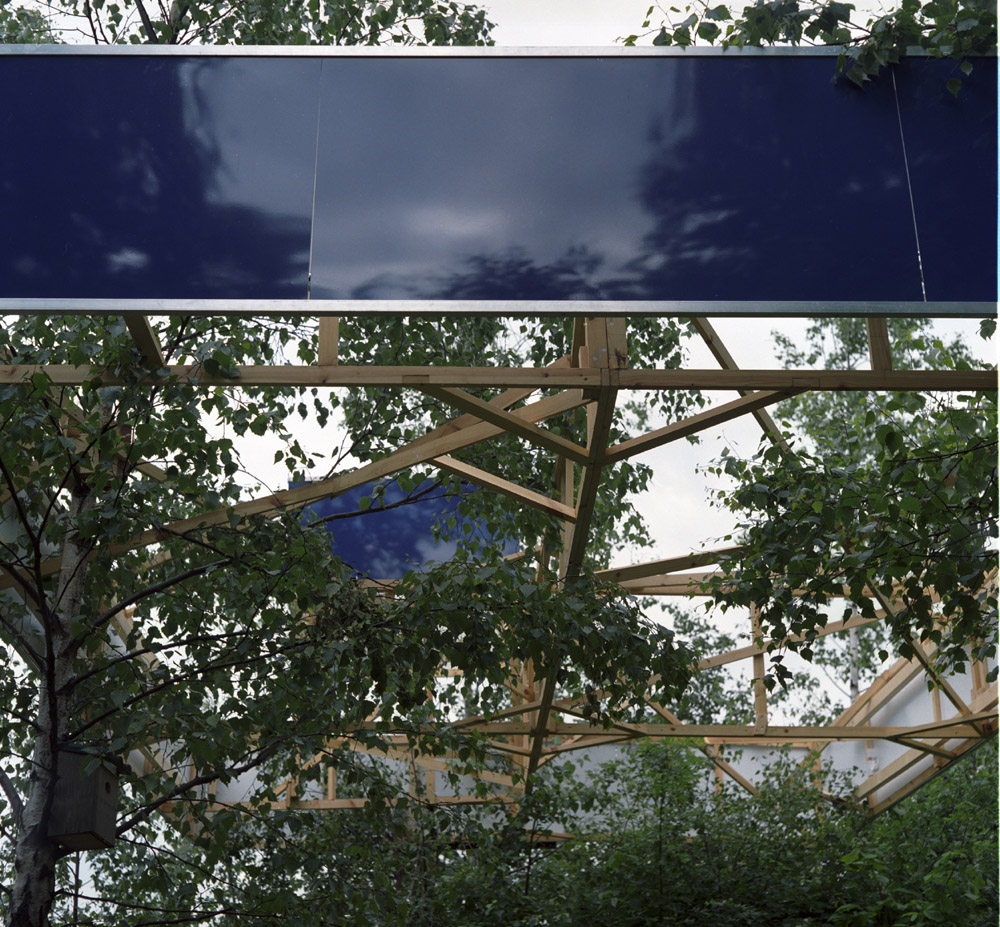 On Architecture and Failure 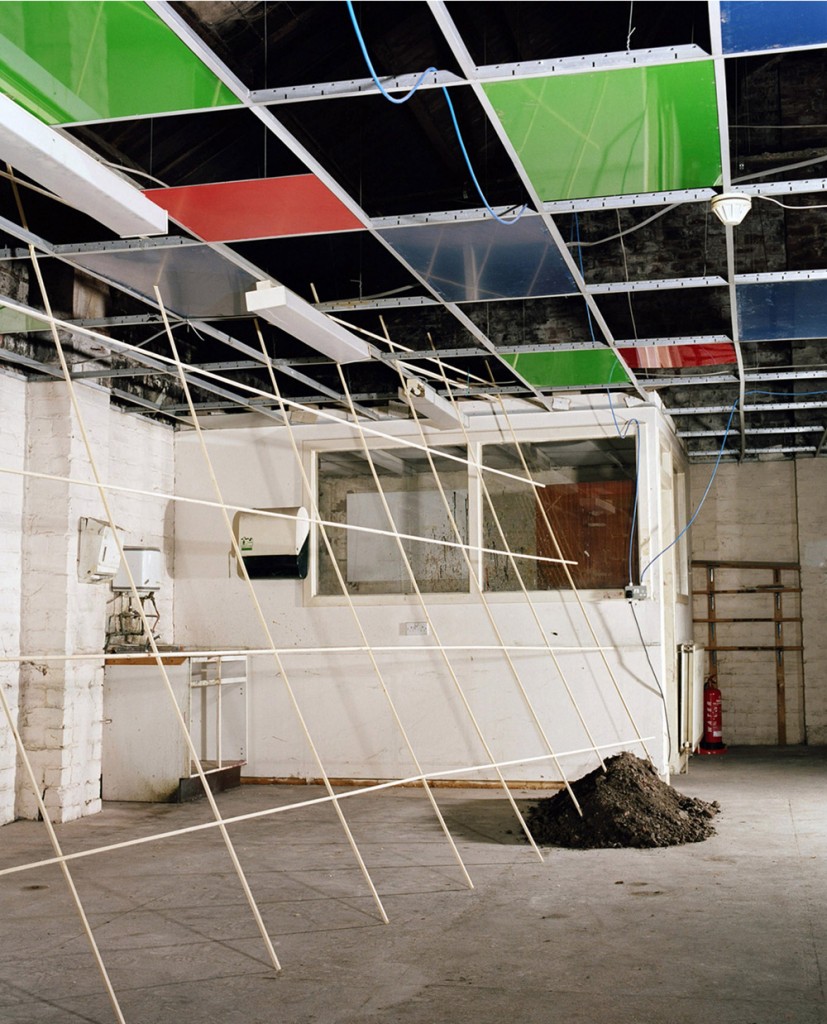 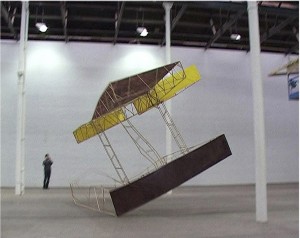 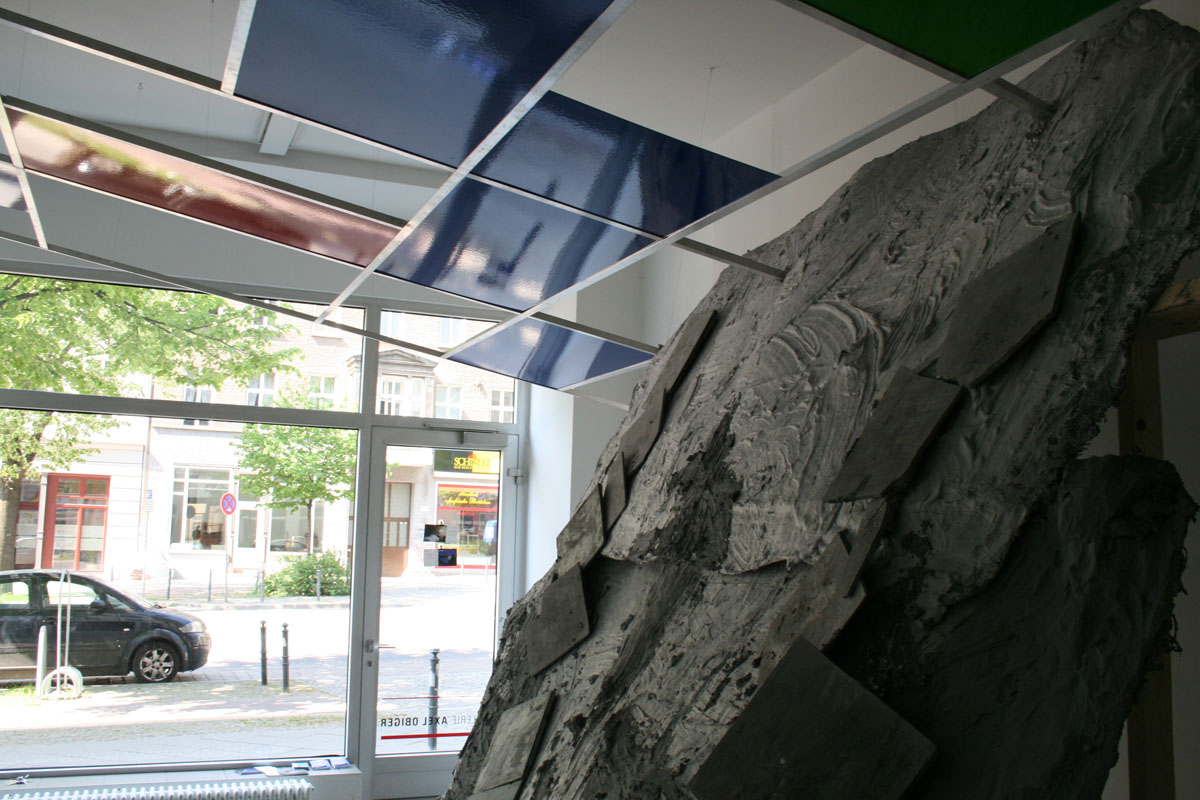 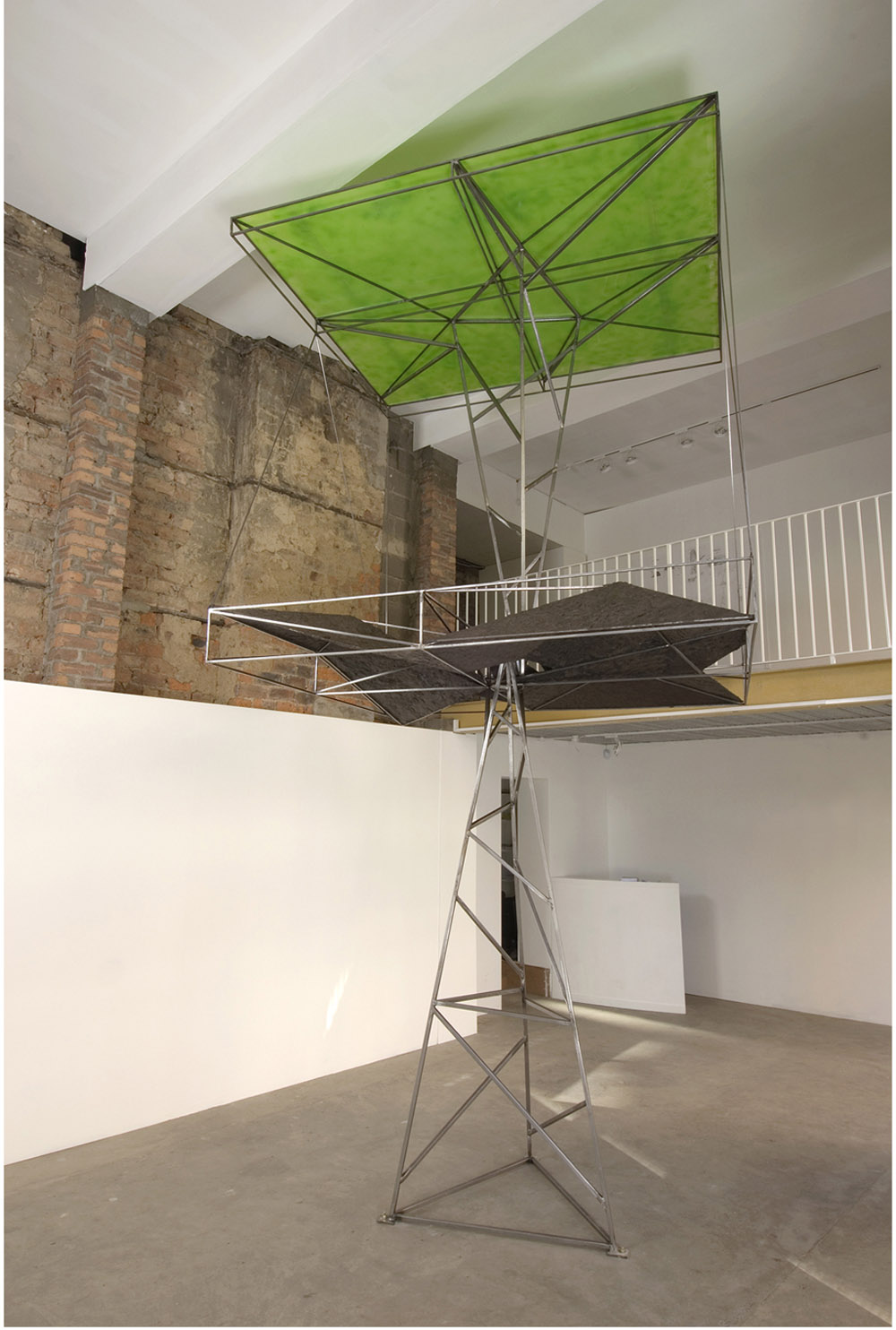 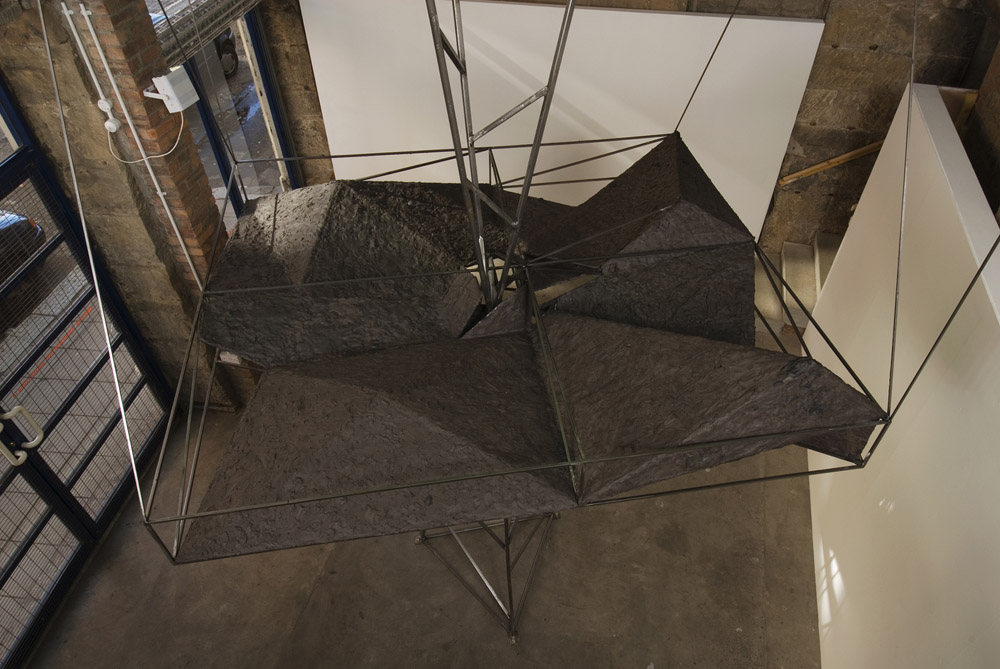 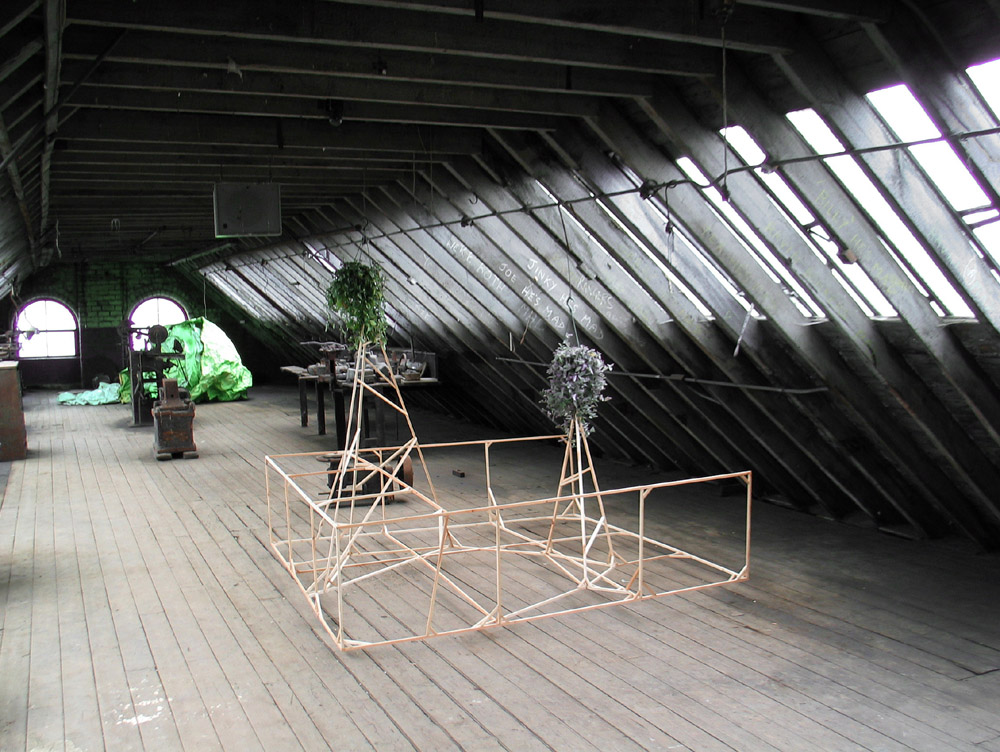 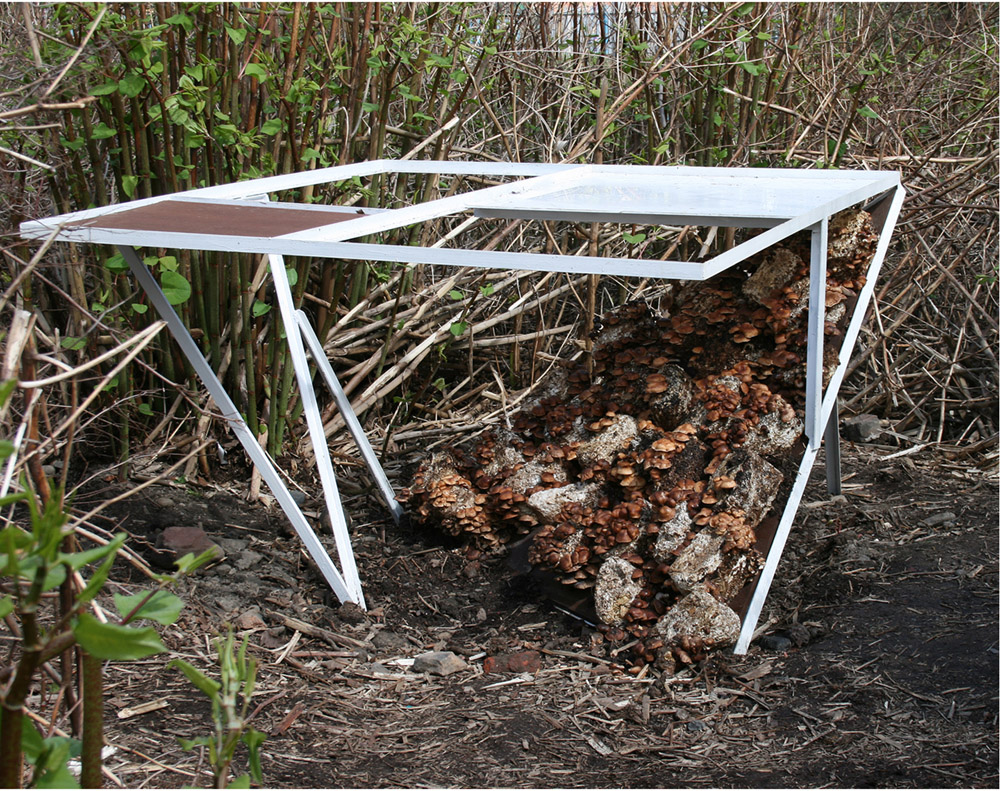 AND THE
ARCHITECTURE
ARCED ABOVE
THE CITY AND
THE TREES

In an exemplary piece of pulp fiction — ‘Venus on the Half Shell’ by one ‘Kilgore Trout’ (actually Phillip Jose Farmer), humanity manages to approximate a modicum of utopianism by realising that it can find employment, as interplanetary ambassadors for many of its murderers, child-molesters, hairdressers, telephone hygiene engineers, A & R men, management gurus, self-help obsessives, personal trainers, celebrity chefs, sex columnists, tabloid journalists, tame academics, religionists (the list goes on) and other undesirables, as – somewhere in the vastness of the universe, there exists a race who value highly just those traits that make those particular individuals such a heavy burden on the rest of us. (Alas, within twenty years the planet is once again thronged with undesirables.)

HELLO TOMORROW
“Something that changes our way of seeing the streets is more important than something that changes our way of seeing paintings.” Guy Debord, ‘Rapport sur la construction d’une situation’
“The simplest means of articulating time and space, of modulating reality, of engineering dreams. It is a matter not only of plastic articulation and modulation expressing an ephemeral beauty, but of a modulation producing influences in accordance with the eternal spectrum of human desires and the progress in realising them. The architecture of tomorrow will be a means of modifying present conceptions of time and space. It will
be a means of knowledge and a means of action. The architectural complex will be modifiable. Its aspect will change totally or partially in accordance with the will
of its inhabitants…” Ivan Chtcheglov (alias Gilles Ivain), ‘Formulary for a New Urbanism’

In Constant Nieuwenhuys ‘New Babylon’ cities have been literally ‘raised up’, propped precipitously on vast stilts. His visionary architectural formulations were intended to free the human subject from every form of ‘inhibition’ or ‘false consciousness’. A new and radical subjectivity would be invoked by the floating ambiences of these vagabond structures. The creation of ‘situations’ would be the order of the day; the alienation brought
on by the material processes of capital accumulation would be swept away. No more the Dignity of Labour, rather the construction of a delirious labyrinth of mobile spaces, atmospheres, environments that serve to negate the concept of a bounded subjectivity. In a sense, within these boundless spaces, history would finally come to an end as humanity began to explore the limitless possibilities of a true freedom, out with the constraints of morality or law.

“They wander through the sectors of New Babylon seeking new experiences, as yet unknown ambiances. Without the passivity of tourists, but fully aware of the power they have to act upon the world, to transform it, to recreate it.” Constant

Historically the woods are where most country folk were conceived, as housing was often crowded with relatives day and night. The only respite being in the dark heart of the forest. Getting fucked and licked with the feel of rough tree bark against your flesh must have
been a common enough sensation in the past. I can remember as a boy watching a couple shagging in the woods close to where I lived. At first I thought it was a white polythene bag billowing in the breeze, until I realised it was a pale Scottish arse ploughing up and down amongst the ferns. Similarly I have an edenic memory of strolling hand in hand through some woods with a girlfriend, completely naked, playing at Adam and
Eve. Sex in the woods is not like it is in the confines of our centrally heated bedrooms, curious insects buzz up to check out the delicious suite of new olfactory delights
on offer, wayward branches insinuate themselves into inappropriate crevices and curious local fauna watch as you make the beast with two backs, oblivious to the fact that all that fizzing erotic energy is triggering a reaction all around. The boundaries between us, and
the world become porous then, as we almost literally interpenetrate with our surroundings. Perhaps in the midst of quiet woodland ordinary behavioural norms tend to fall by the wayside, as the spirit of the Horned God (Cernunnos) triggers our most primordial desires? Is it that feeling of submersion a forest can engender, as if we are wandering around at the bottom of the sea? Is this how we forget ourselves? Is this how we give
ourselves license to commit act’s both beautiful and terrible? As the lizard brain, sitting (mostly) quiescent at the top of our spines begins to rouse it self, is it any wonder that desire sometimes transmutes into murder, Eros to Thanatos, that the woods can so easily be transformed into the abattoir? If we go into the woods to lose ourselves, then perhaps we also desire to weaken the ties of an irksome and outmoded morality? How
often then are the blood-soaked rituals of our Druidic forebears replayed in unconscious simulation?

“Act so that there is no use in a centre”
Gertrude Stein, ‘Tender Buttons’
“Historically then, this is the sense in which the vocation of Utopia lies in failure; in which its epistemological value lies in the walls it allows us to feel around our minds, the invisible limits it gives us to detect by sheerest induction, the miring of our imaginations in the
mode of production itself, the mud of the present age in which the winged utopian shoes stick, imagining that to be the force of gravity itself.” Fredric Jameson, ‘Utopia, Modernism and Death’

Meanwhile Constant’s artificial paradise encircles the globe – there is no end, no beginning, Humanity has crossed the threshold into a zone beyond time, or rather,
beyond local parochial conceptions of time. Perhaps, if we desire, we might briefly re-inhabit ‘linear’ time, only to slip back into a kind of oceanic oneness, where
creative play is unbounded by structure of any kind. We may choose to impose rules for brief (or long) periods, but these will be entirely self-imposed, life as a game with no set rules, everything being malleable. Within Ludic Time the concept of separation will become
meaningless. The destruction and alienation secreted by modernist notions of progress towards social and technological perfection will dissolve, as we move beyond an antiquated and outmoded linearity, and once again time becomes a medium that is open to individual and collective interpretation. Ludic Time is the time of Pan the pagan avatar of nature, of wilderness, of sexual frenzy, who embodies the urge to break free of the
constraints of an artificial and self-defeating morality. Pan urges us to smash all rational thought in a welter of lustful, cunt and cock -hungry polymorphous perversity!
Or, as the sage said…

DO WHAT THOU WILT SHALL BE THE
WHOLE OF THE LAW