Arke means “crow!” … and the mountain is just right there.
Now the crows have gathered on top of the mountain.  Along with them other dwellers have settled there as well.  One of them, a man with a hooded sweater, is being interviewed.  He is talking about his past and his fate.  In 2007 he decided to move to a landfill; to the outskirts of society.  Now he is stuck with his caravan on the dumping site.
While he cooks some pork chops until they are black and leathery, a woman appears, as a growing image, to the spectator.
She is gently approaching the apex of the landfill.  Whether destiny or desire the landfill becomes an idyll and a gem. 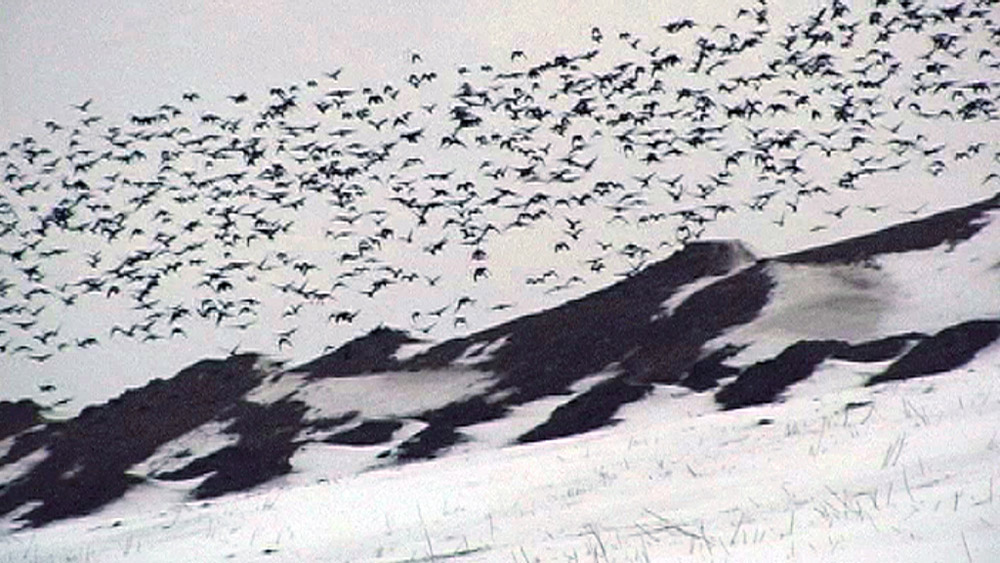 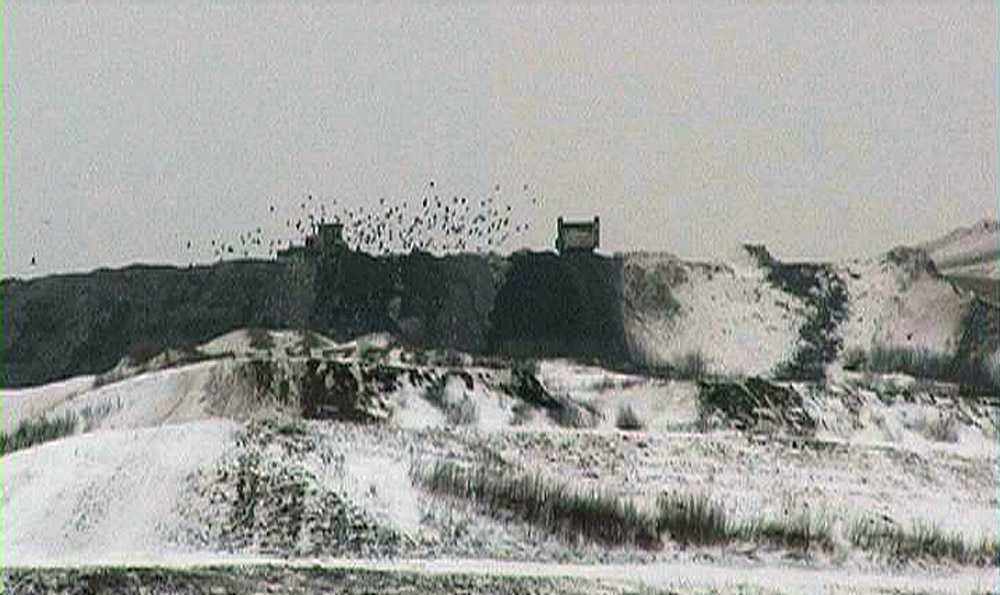 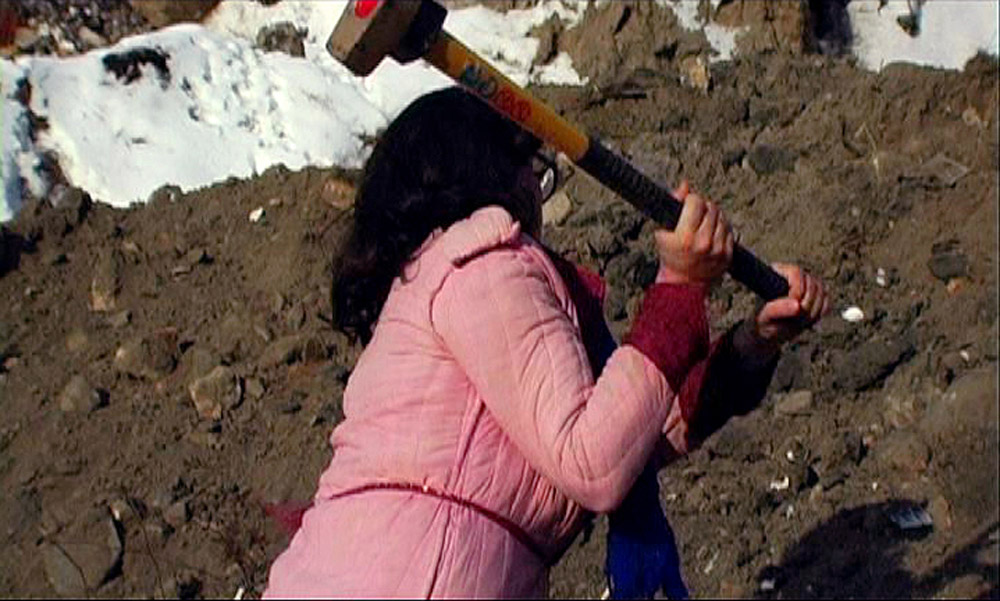 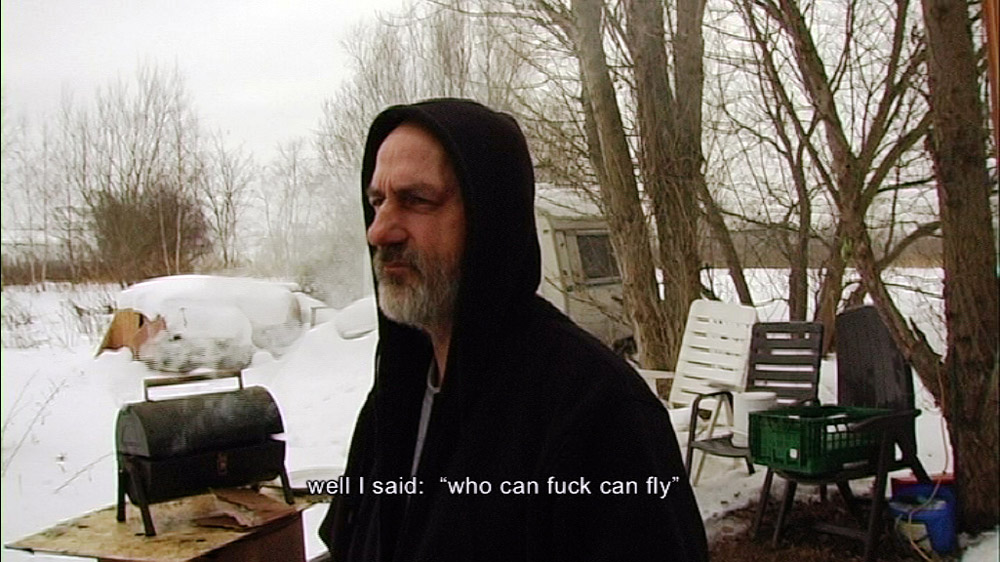